The Sincerity of Legends Ranch 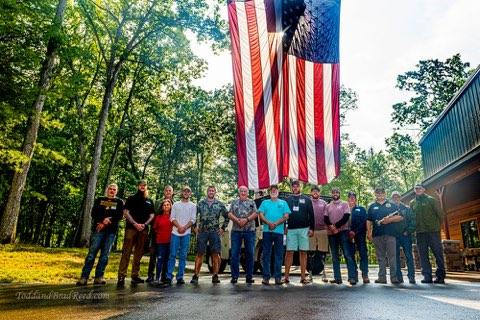 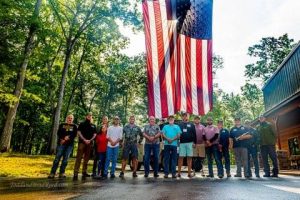 This year’s youth hunt at Legends Ranch was truly special. Not because of it being a great time as it always is with 5 youngsters, two of which were from right here in Michigan.  Daniel Bosch 15 years old from Plainwell who was born with rare Lysosomal Storage Disorder and Carter Starr age 16 from Dryden who was born with Cerebral Palsy. It was extra special because of the tribute to a youngster named Tyler Worth who sadly passed away a month before the youth hunt.

Tyler who was only 14 when on September of 2018 was diagnosed with brain and spinal cord cancer. Up until September Tyler was an avid outdoorsman who loved to hunt and fish, play baseball and football. All of that ended when he came down with a sore back and his cancer was detected. Tyler was able to go on our chapters annual Wish Fishing trip with Captain Myron Gilbert (M&M Charters 517-592-3376 and Captain John Giszczak (Stray Cat Charters 734-787-0300 Fishstraycat.com), but he was wheelchair bound. He did have a great time as did Daniel unfortunately Carter could not make the trip as we had to move it a day later than was scheduled because of storms. 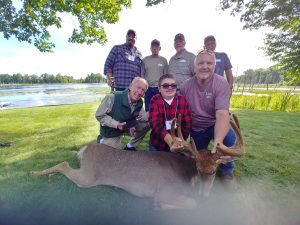 In July Tyler’s Dad called Robert Sergi at Legends Ranch to tell him that Tyler would not be able to be at youth hunt as his condition was getting worse with more complications. Robert asked if he could bring him up for the day and they would make it extra special for him. Mike, Tyler’s Dad explained that Tyler was in too much pain and thanked him for his prayers.

All the youngsters at youth hunt had a great time and harvested some beautiful deer. Carter had a low hit and it was raining so they at first couldn’t find it but after the ceremony and everyone had left the deer Carter had shot was found 50 feet from where the ceremony was held, it was like a miracle. 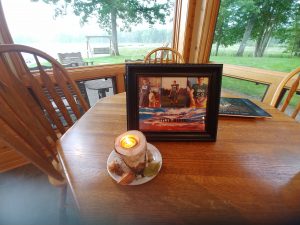 The great folks at Legends Ranch made a memorial up for Tyler and kept a candle burning throughout the whole hunt, and at the ceremony where they honor all the youth hunters which always brings a tear to my eyes.  They even said a prayer for Tyler.

My respect for Legends grew even more as they showed their sincerity for all our special youngsters even the ones who couldn’t be there in person but were there in spirit. The following week, Legends Ranch Honored 8 of our Purple heart Veterans with a Deer hunt where they harvested some awesome Bucks in the 180 class and showed them the love and respect that they truly deserve.

Thank you to our great Members who support our chapter, And Legends Ranch so we can continue to show The Forgotten Ones, Our Great Veterans and Our Special Needs Children that we truly care.

May God Bless you All